Way Out West with Weller 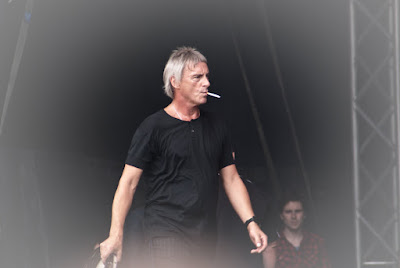 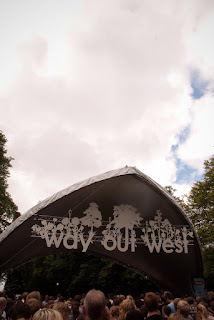 So, I travelled down to Gothenburg and Way Out West this friday. And here is a very short summery of the day. First out was Jens Lekman who did quite a mellow start of the day. He played new and old songs but did not really reach out to me anyway. After that Rango was on the second stage. They had fun on stage and so did I and the people around me. After that we went over to the smallest stage for Panda Bear who did nothing for me. Time for my main reason to go down here - Paul Weller on the main stage. I'm may not be the right man to review a Weller concert but the afternoon was ok. Too many The Jam songs for me but me and my friend had a nice hour with Weller and his band. After that we went back to the smallest stage for Beach house who played at the same as Wu-Tang Clan and we ended up having a beer. So time for another band of the town The Soundtrack Of Our Lives with a philharmonic orchestra on stage. Too slow. Over to the smallest stage again for Local Natives who did impress me, really good. Over to The National who owned the area for an hour, good. After that a small stage and Miika Snow, dance, dance, dance. Better than expected. Next artist out was Iggy & The Stooges - classic. The last two for us was M.I.A who did her thing. I don't think that everyone who was there and danced really know what to think about her but she was this years IT artist and so she was he Queen of WOW. Before her LCD Soundsystem made me dance, dance, dance. And then we drove home.
About a hundred Weller pictures can be found here:
http://escapingmyphotos.abrandnewstart.net/
Cheerio
Upplagd av Jerry kl. 22:35